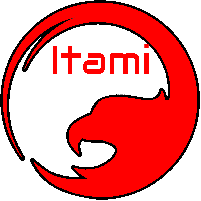 2. How do you make decisions? Well honestly speaking , most of the times I make really shitty decisions and will usually rush in most of my decisions which is followed by bad consequences. But from there I learn from my mistakes and move on from there.

2. What is your weapon of choice?
Sniper , because Im usually better in accuracy and precision.

3. Who is your favorite Itami member?
Imo , Acellamy , seems like a decent dude , has also a good youtube channel which I subscribed as well.

4. What are you known for in the community?
Definitely my YT channel , with 400+ subs , some people from the community had noticed me before in matches , and being in this game for around 4 1/2 years I definitely created some good friends along the way with also existing ones now. Am also known for playing a lot of playing lots of saw maps , whenever there is no fun or people in approved matches

5. Describe yourself in at least one sentence.
Pretty chilled and patience guy , never the one to cause any troubles or fights in matches.

6. What playing field is your strength: Ex. rails
Like in qn 2 , Sniping also Arena

7. Tell me step-by-step in your own words how to tie my shoes.
Step 1 - Take the laces and make sure it is of equal length
Step 2 - Make a small knot and make sure it is not loose
Step 3 - With the remaining lace ,  make 2 bunny ears
Step 4 - Wrap 1 bunny ear around the other
Step 5 - Then put that bunny ear under the other bunny ear and pull it tightly
*optional lol Step 6 - Double Knot for extra tight and protection

9. What games other than Plazmaburst 2 do you play?
I dont usually play a lot of payed pc games so most of the games i play are flash or cracked
- The Escapist (PC)
-Tube Tycoon (PC)
-Game Dev Tycoon (PC)
-Floating Point (PC)
-Clash Royale (Phone)
-Motorsport Manager (Phone)


10. Will you be actively participating in the clan's chat and events?
Maybe , I will have the time to participate in clan events and chatting , but mostly during the weekend , also living in asia can be a bad thing for me , as I know most of you live around (North) America or some in the UK , so time will be a huge problem for me , furthermore I have school till 4 pm. And my schedule is mostly busy (except weekends but hey , sometimes  family comes first)

12. What makes you a better candidate than any other user wanting to join Itami?
I have a lot of experience in this game , and also I have what you can say a good sets of skills which I have trained over the past few years in the game which I am still learning till this day , also I take my work seriously and persevere in what I do.

14. What is a specific specialty you wish to bring to Itami? It cannot be playing PB2 or being active on discord.
I wish I can do some montages of the clan , but unfortunately , resources are limited , Im using a really shit PC right now which I have been using for around 6-8 Years , also , I am actually sharing this with the entire family (yes sharing it) , not saying that I  am poor as fuck , but living in Singapore  as you may have known , living here can be really expensive , so I guess as long as my pc is up and running I hope i can still put some effort to make sure Itami will expand their exposure

15. Specifically detail in your own words what loyalty means to you. And how much do you value it.
In my opinion , loyalty plays a big part in life , whether based on your friends in school , or family at home , loyalty is important , let me give you an example , let me say you are playing a game of Uno with 3 of your friends (P2 , P3 & P4) ,  and before the game , you and one of your friend (lets say P3) had promise that if it was up to you and him left in the game , he will take the loss but during the game ,lets just say P4 said the person who finished last will get wedgied by everyone. During the game  P4 was first , so its left you , P2 and P3. P2 had finished 2nd , so it was left you and P3 , but remember what he said? Lets say P3 had only 2 cards and you have like 8 ,so you tell him , cmon just forfeit. But after hearing what the last person will have to face from losing , P3 got 3rd , and you get wedgied. Frustrating right? Even though its just a small game of Uno , the way you see the person who had lost loyalty of you changes. SO , loyaty is important boys.

Vortex23 wrote:
I choose to apply for this clan because I think that this clan takes their pride and work seriously

Nice to see you apply tho xD. Your app shows that you know that you can still learn some things and mature up a bit. In my opinion I like the app and we will just have to see about the others reactions

I would like to ask if you are able to become more serious and make sensible decisions for Itami since some of your answers make me uneasy?

lol i kinda remember you, i was in the Assassins clan as well (leader and co leader)
i like that your answers are honest and you dont deny your bad traits, for me thats more important than having good traits because it means you are open to development.
Overall i'd say your app is good/average, for now i have no reason to not give you a +1

Acellamy wrote:
I would like to ask if you are able to become more serious and make sensible decisions for Itami since some of your answers make me uneasy?

Oh sure , I am in that stage of my life which I am starting to mature, yes mistakes will be made every now and then and yea , I will see how it'll go

Any member can vote whenever they think it's time.

Itami has two Youtubers (Acellamy and myself) 3 being painn by technicality. While I respect your achievements and success as a Youtuber, Itami is a professional multi platform gaming clan with alot of diverse assets. No offense but posting a few popular videos doesn't necessarily catch my eye, what else are you capable of bringing to the table? 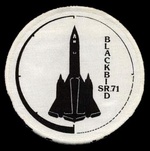 Blackbird wrote:Itami has two Youtubers (Acellamy and myself) 3 being painn by technicality. While I respect your achievements and success as a Youtuber, Itami is a professional multi platform gaming clan with alot of diverse assets. No offense but posting a few popular videos doesn't necessarily catch my eye, what else are you capable of bringing to the table?

firstly thanks , and also i believe i can give positive exposure to this clan and even in the game , as i have observe quite a few people are against Itami , but hey , that's how it goes if you wanna be the best. hoped i answered the question , it was quite a diffucult question to answer 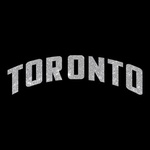 +1 idk you but im taking a chance

-1. While most of your aspects are positive for an applicant, you haven't convinced me on bringing something unique to the clan. Youtubers, as Blackbird mentioned, are already a resource in Itami. Futhermore, I do not believe your presence here will be enough to bring the "positive exposure" as you deem possible.

-1 your whole reason for joining is just stupid. 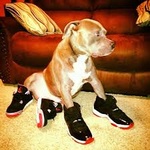